Submissions are now open for Louisa Wall’s Marriage (Definition of Marriage) Amendment Bill. They close on the 26th of October. If you want to make a submission, this page contains all the relevant information, and if you scroll all the way down to the bottom, a button for making an on-line submission. If you’re wondering whether or not you have anything useful to say, I’d recommend reading this post at The Lady Garden.

The bill has gone to the Government Administration select committee. That committee consists of:

If, like me, you’re considering submitting in person, that list of names may give you pause. Somehow I don’t think they’re going to let me do it alone with Holly Walker…

Anyway, this is the body of the submission I will be making. (Just the body: check the links for formal formatting boiler-plate, etc.) Supporters of the bill have one almost unfairly huge advantage in making submissions: we can speak about how it will actually affect our lives. Its opponents cannot.

I am bisexual: sexually and romantically attracted to both men and women. Gender is one of the least important partner traits for me, yet currently it defines my options and rights in choosing the form of my relationship. I support this bill partly because it would finally give me equality not just with heterosexual people, but with myself. I would have the same relationship choices with a woman as I would with a man. Currently, I do not.

My current (male) partner and I chose to formalise our relationship as a civil union. The chief reason for this was that I would not choose marriage when I could not marry a woman. I would not enter a relationship form I would not have the right to replicate with a future partner, should something happen to my current relationship. We are not married because marriage is, as the law currently stands, a discriminatory institution.

I have actually been married. When I was at university, I married my then-boyfriend so that he could have access to a student allowance. That marriage was entirely legal. I fail to see how my loving and committed marriage to a woman would be more damaging to Marriage itself, or anyone else’s marriage, than that marriage for money.

I have two children, one male and one female. Today, no-one would argue that they should have different rights on the basis of their genders. Given the roles of both genetics and environment in determining sexual orientation, there’s a significant chance that at least one of my kids will be gay, lesbian or bisexual. I want my children to have the same rights regardless of their sexual orientation, and that includes the right to marry.

I also want them to have an easier time of growing up than I did. I was a teenager in Timaru in the 1980s. I was closeted, because I firmly believed that if I came out, I would be beaten up. Bisexuals have higher rates of suicide, depression, bullying, drug abuse and poverty than heterosexuals, but also higher rates than gays and lesbians. Bisexual women have higher rates of domestic violence than lesbians or heterosexual women. For us, sexuality-based violence is not a theory. It’s a very real risk we run all the time, simply by being who we are.

This bill is not a silver bullet for homophobic bullying. But it would keep our government from saying to our persecutors, “You’re right, you know. Those people aren’t as good as us Normal People.” Those in favour of legal discrimination may not condone homophobic violence, but I certainly believe they allow it room to thrive. How can we expect teenage bullies to treat LGBT people as equals when our State doesn’t? We need to support our LGBT teens by showing them we believe they’re just as deserving, just as much a part of our society, as anyone else. 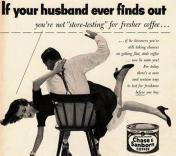 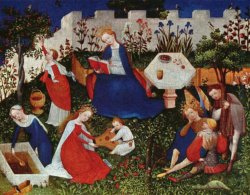 Banter in the Garden